Depending on the design of the headstock, guitars and bass guitars will use different types of tuning machines. You’ll find that the tuners listed on our site are referred to as “per side” or “in-a-line.” When purchasing a replacement set of tuners, it’s important to note which type are currently on your guitar to find a compatible set. 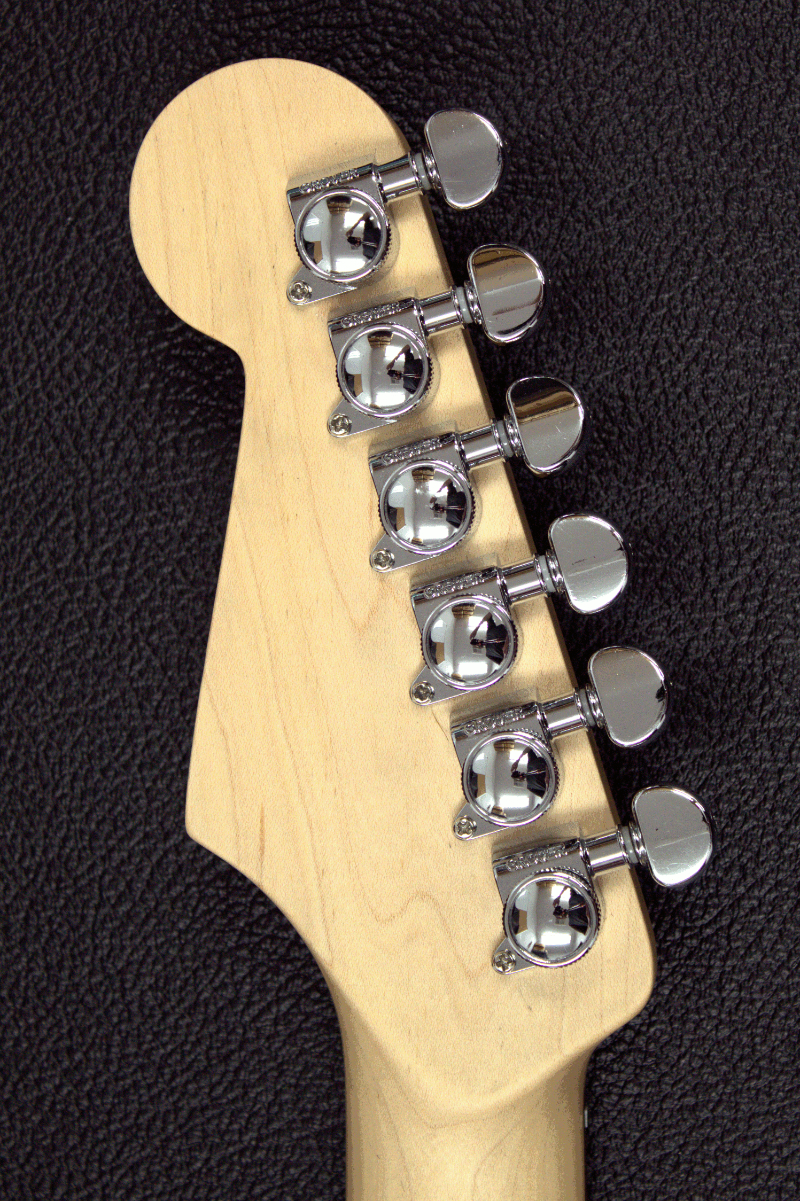 In-line tuners, labelled "in-a-line" on our site, are popularly used on Fender® and other similarly shaped headstocks. These tuners are all oriented in the same direction. Many sets are just the same tuning machine evenly spaced across the headstock, but some vintage-style tuners have a first and last tuner that need to be installed in those positions. Headstocks designed for in-line tuners often have no breakover angle so string trees or staggered tuner sets are used to pull the strings onto the guitar’s nut. 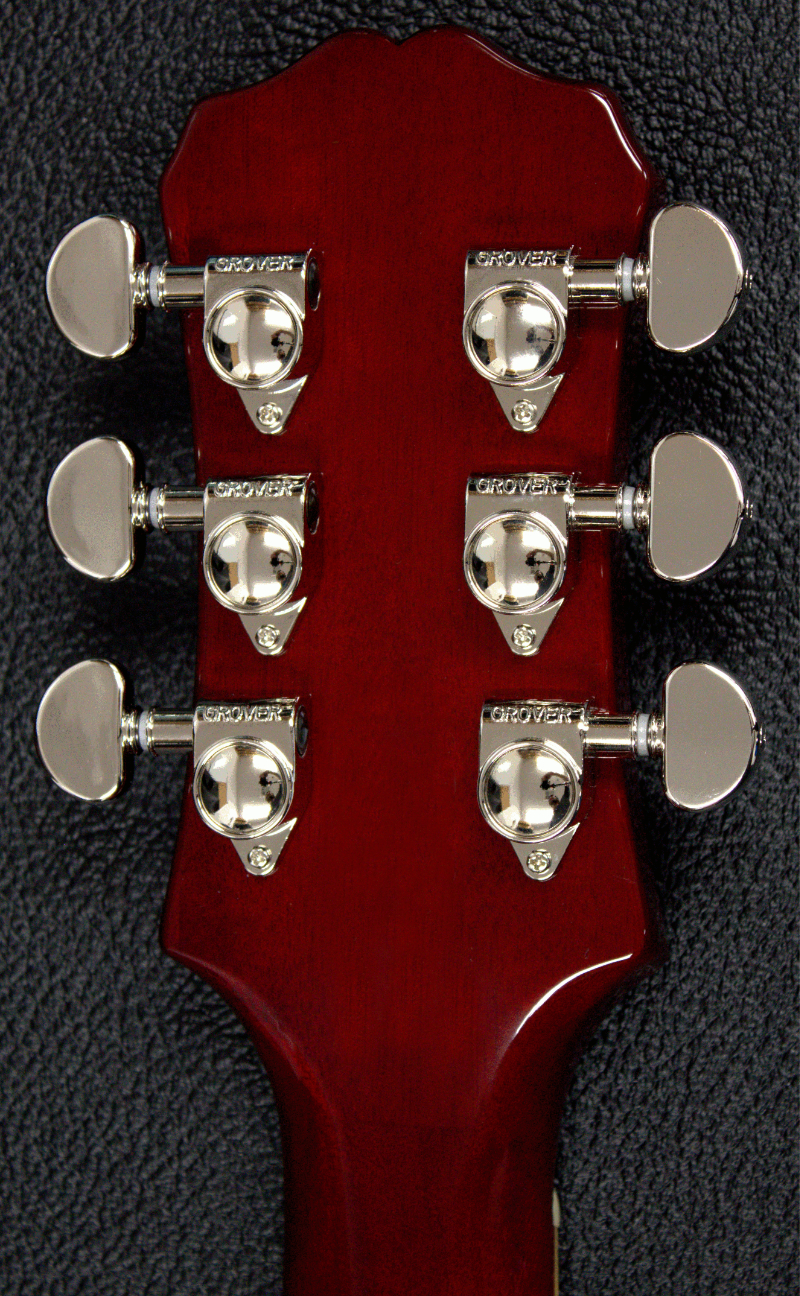 Per side sets have tuning machines on both sides of the headstock. Many headstocks such as the classic Gibson® headstock have an equal number per side. Others, such as Ernie Ball®, have more tuners on one side compared to the other. When looking for replacement tuners for per-side headstocks, it’s important to note the terminology used to describe the tuners on the different sides.

Looking at the back of the headstock, tuning machines on the left with the shaft oriented to the left are called treble-side tuners. These usually hold the lighter gauge strings. 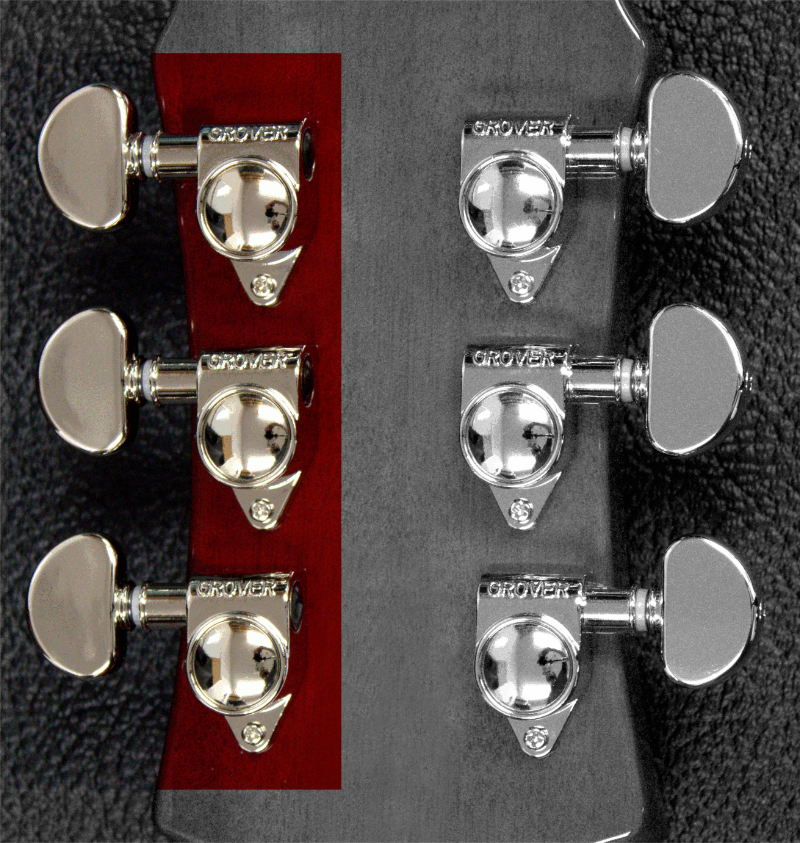 Tuning machines on the right with the shaft oriented to the right are called bass-side tuners. These hold the heavier gauge strings.

Generally, headstocks that use per-side tuners have a breakover angle to pull the strings onto the nut, so string trees or staggered sets are not necessary.