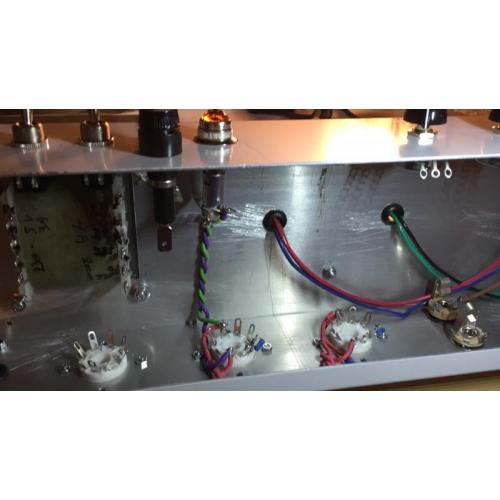 Click each question to see its answers.
1 answers Is this the correct fuse holder for a 1979 Music Man 212 HD 130?
Asked by Anonymous on October 23rd, 2017.
Matt H
We are unsure if this is the correct fuse holder. You may want to compare your fuse holder with the spec sheet attached above.
Answer this question
1 answers This appears to be the fuse holder I need for a peavey classic 120, do you offer the fuse as well and can you verify if this is the holder I need? thanks in advance
Asked by Anonymous on December 20th, 2017.
Matt H
The back of your 120 should tell you the value of fuse you need.
Answer this question
Have a question of your own? Ask us now!
Terms and Conditions
Add a review

Came with out springs

it was the EXACT part I needed and it was a super easy fix for almost no money!

Excellent service - very pleased with how quick and accurate this (and other orders) have been!

Upon inspecting one of the fuse holders I recently bought, I was surprised to learn that unlike other fuse holders which I'd bought from CED before, this one has ONLY ONE FLAT SIDE, rather than two. As I had just spec'ed out for a bunch of chassis to be made with the assumption that the fuse holder would have two flat sides (which makes it hat much harder for the fuse holder to be turned unintentionally which changing fuses), I was rather disappointed. That said...if you dig through the specs you'll eventually stumble across this fact though it is not at all obvious from the detail photos provided.

In other respects, it seems to function as one would expect.

BUYER BE AWARE OF THIS.

of hundreds of parts I have happily purchased, this is the first dud ....cheap, brittle part that needs to be replaced by their usually high-quality stuff ....it should get negative stars!!!