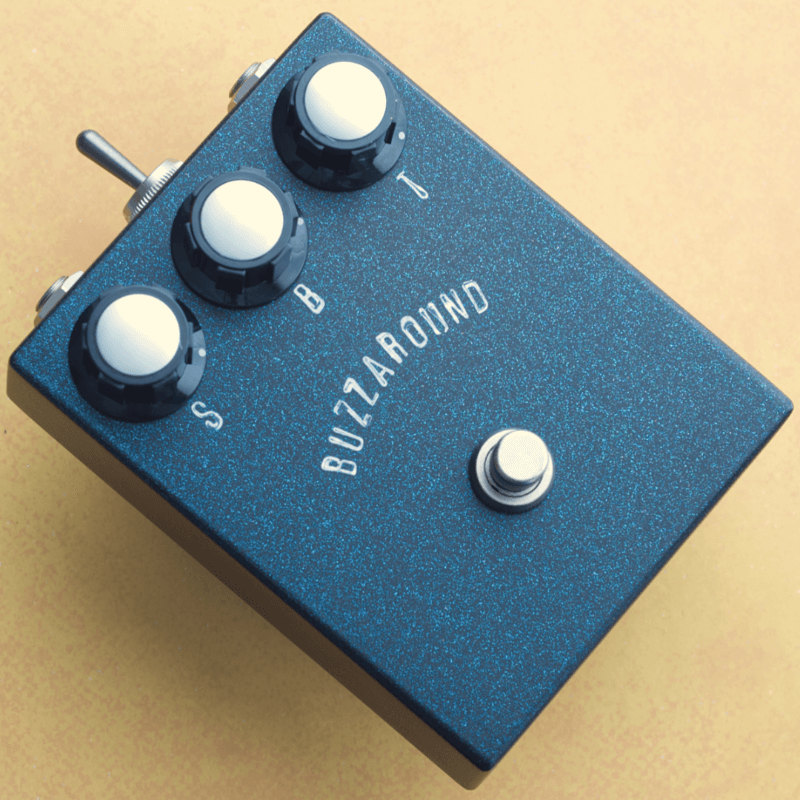 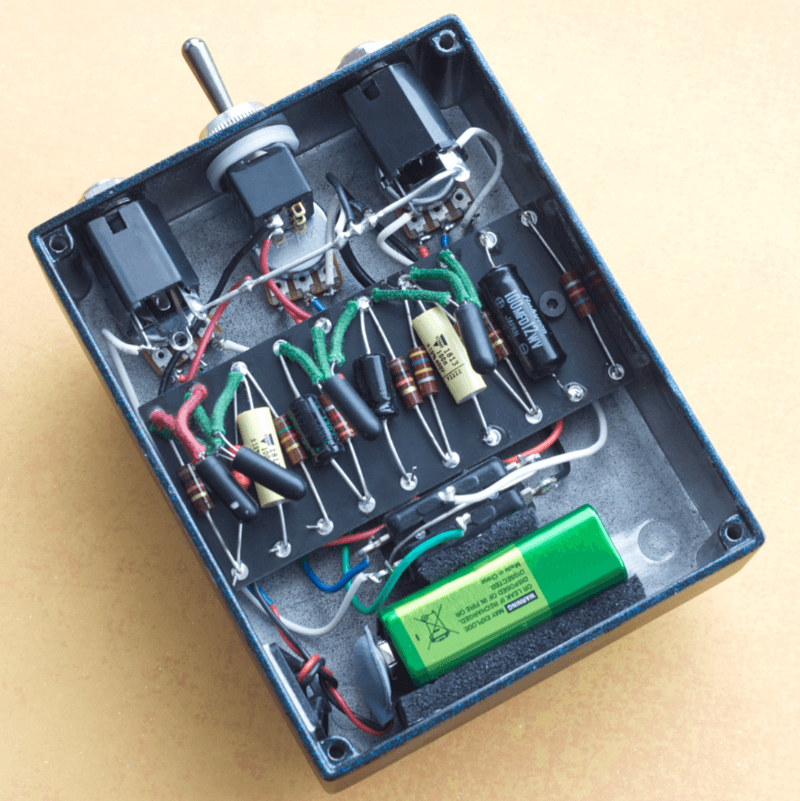 The Burns Buzzaround is a classic fuzz pedal most notable for its use by Robert Fripp, guitarist of King Crimson. It is a 3-transistor germanium fuzz with a circuit topology that is similar (but not identical) to the Tonebender Mk3/4 with Q1 and Q2 set up as a darlington pair, though the Buzzaround came before the Mk3/4. The Buzzaround is thought to have been introduced in 1966 and discontinued in 1968.

Original Buzzaround units fetch extremely high prices, but it is a fairly simple circuit. The original Buzzaround used a 2x12 turret board very similar to our P-HTBU-2X12-D, though the actual layout could have fit on a 2x9 board (three columns are unused). A 2x8 Buzzaround layout and a 2x10 Buzzaround layout can be found below. These are inspired by the original layouts, but with some minor tweaks to make the layout more condensed and neater. If you would prefer to use the original layout, we have a drawing for that on our P-HTBU-2X12-D listing.

This is a PNP germanium build. It should either be run on battery power only or considerations need to be made for how to provide -9V. For more information, see our PNP "Positive Ground" Pedal Considerations tech article.

Figure 1: 2x10 eyelet board layout of a PNP Buzzaround build 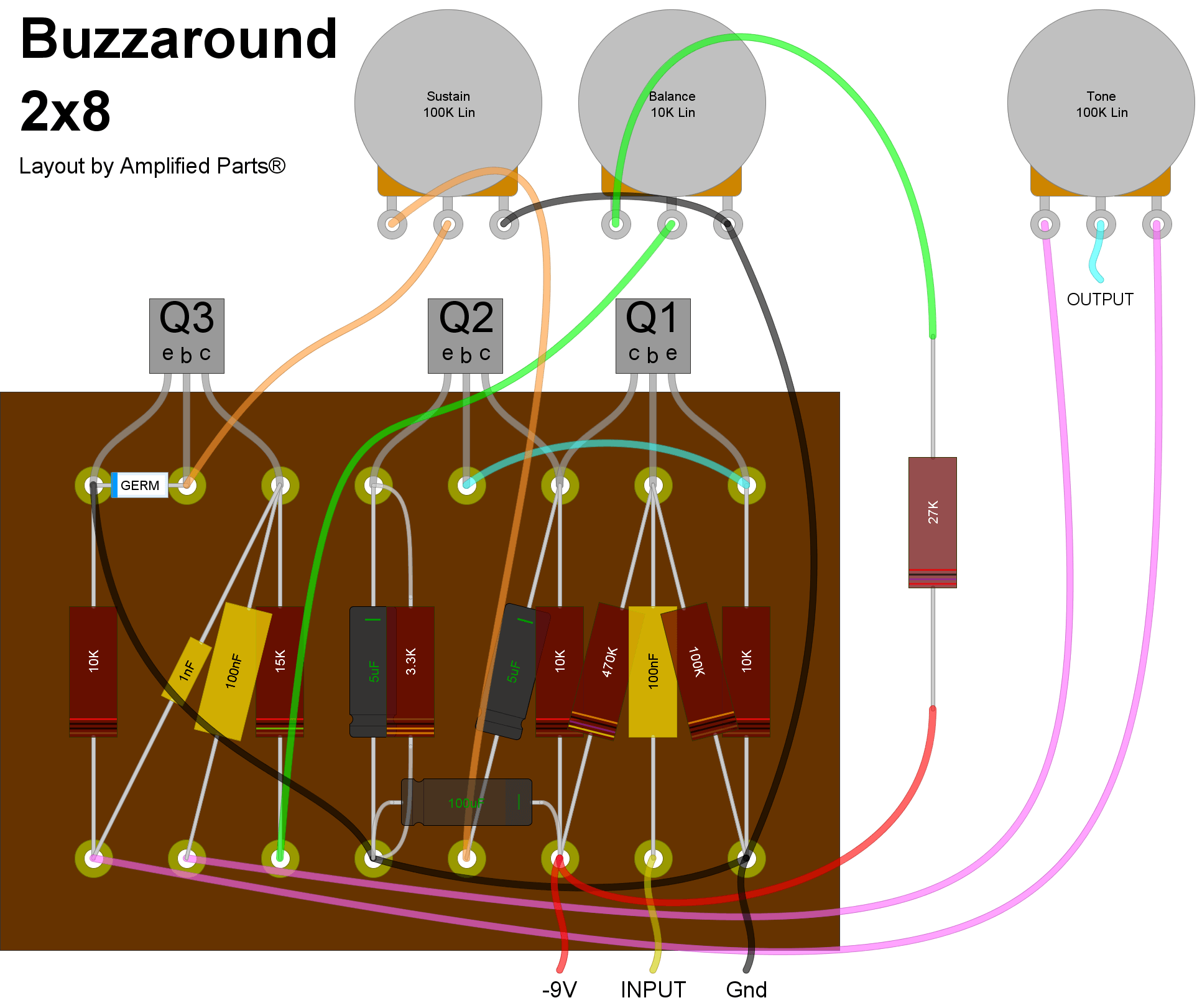 Figure 1: 2x10 eyelet board layout of a PNP Buzzaround build

Figure 1: 2x8 eyelet board layout of a PNP Buzzaround build 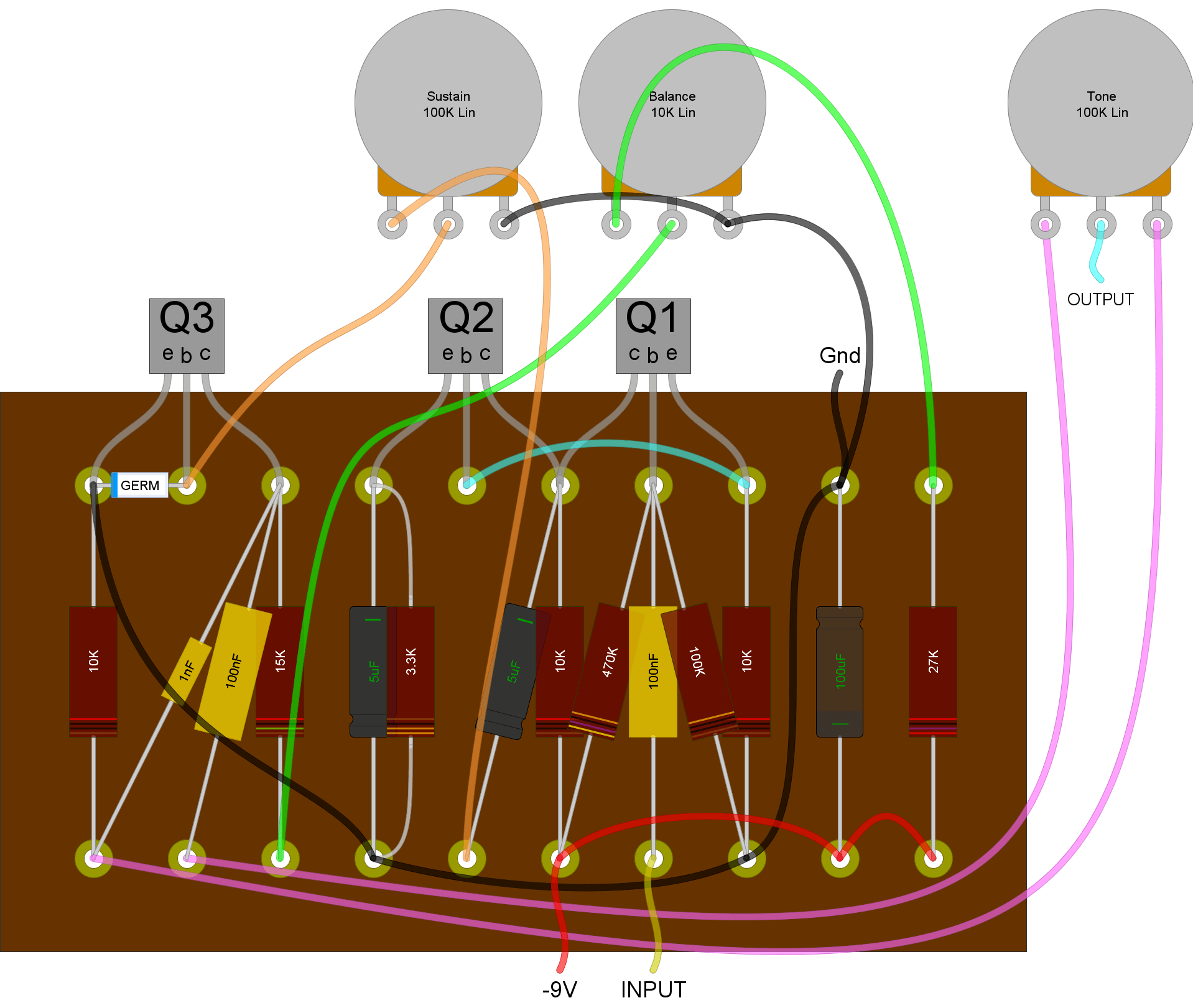 Figure 1: 2x8 eyelet board layout of a PNP Buzzaround build

See Figure 4 in our Guitar Pedal Footswitch and Jack Wiring article for the recommended footswitch and I/O wiring.